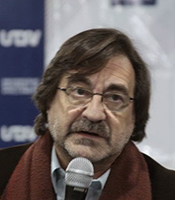 Juan Carlos Radovich was born in Buenos Aires, Argentina within a family from Croatian origin. Researcher and Professor at the University of Buenos Aires from 1984, and Senior Research Fellow at the National Council for Scientific and Technological Research (CONICET). Director of the Program: “Ethnicities and Territories in redefinition”, at the Institute of Anthropological Sciences at the same university. Research skills: Rural Anthropology; Applied Anthropology; Social Impact of Tourism among indigenous populations; Big Dams Social Impacts; Population Resettlements; Social Effects of oil and gas production; Rural-urban Migration; Indigenous Policies; Indigenous Political Movements in Argentina; Ethnic Conflicts in Modern World; Racism and discrimination in contemporary society. 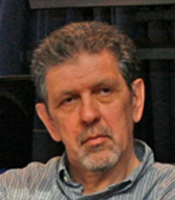 He has been actively involved in hydrogen and fuel cell technology R&D, engineering and applications since 1989, working in U.S. as a researcher and R&D manager in both industry (Energy Partners, Proton Energy Systems) and universities (University of Miami, University of Connecticut). From 2005 to 2008 he worked as the Associate Director of Science and Technology of the UNIDO – International Center for Hydrogen Energy Technologies in Istanbul, Turkey.

His research interests include heat and mass transfer in PEM fuel cells, effects of operational conditions on fuel cell performance and durability, design of fuel cells and fuel cell stacks and systems, fuel cell applications, and hydrogen energy concept and its role in context of energy future. He has authored and/or co-authored more than 200 papers on hydrogen and fuel cells published in scientific and technical journals, books, encyclopedias, and conference proceedings, as well as 7 U.S. and one EU patent on various aspects fuel cell stack and system design and operation. His book, PEM Fuel Cells: Theory and Practice, published by Elsevier/Academic Press in 2005 (2nd edition came out in 2013), has been translated to Chinese, Korean and Farsi, and it is being used as a textbook at many universities all over the world.

He is the President of Croatian Hydrogen Association, a Vice President of the International Association of Hydrogen Energy, and the Chairman of the States Representatives Group at Fuel Cells & Hydrogen Joint Undertaking. He is a member of the Croatian Academy of Technical Sciences. He is a recipient of Croatian Annual National Science Award for technical sciences, and a recipient of Hrvoje Pozar Award by Croatian Energy Society for exceptional contribution to energetics.